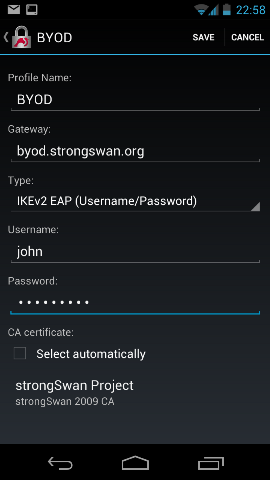 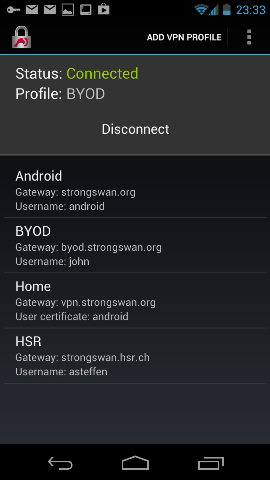 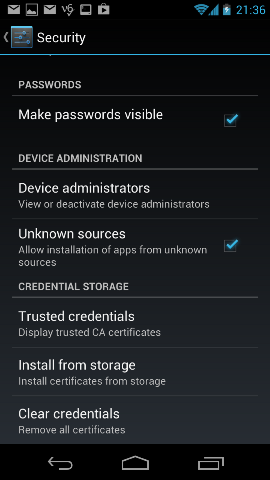 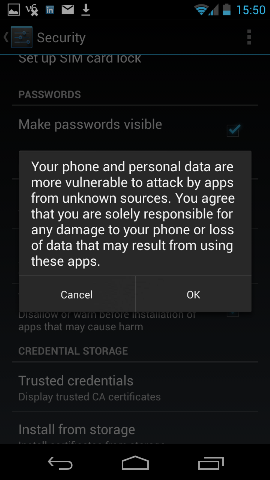 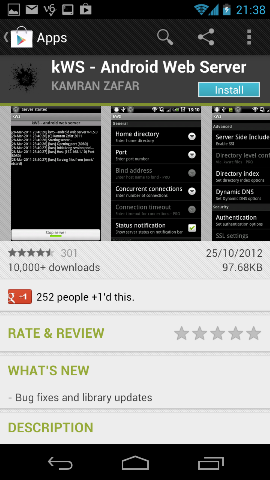 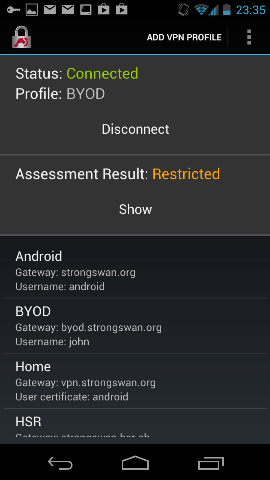 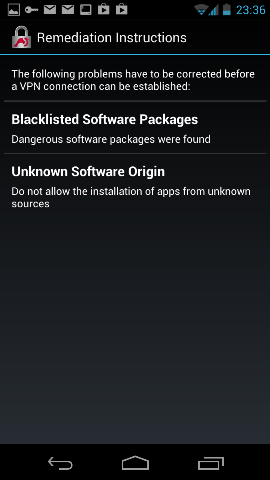 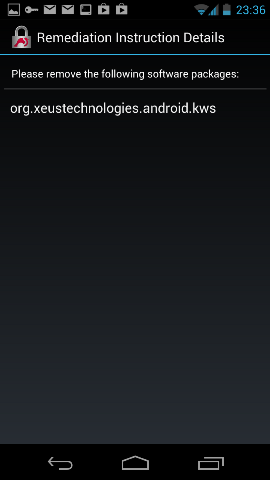 User John now starts the installed Android Web Server because he wants to manage his phone remotely in a much more comfortable way from his laptop computer. The Web Server is listening on TCP port 8080, potentially allowing a hacker to access the phone and take full control of it: 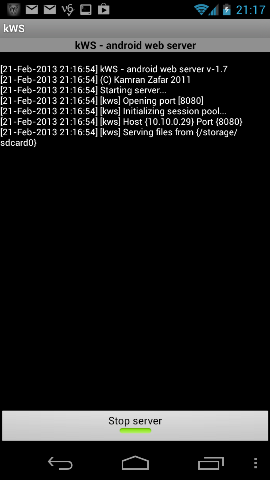 Since this poses a severe security breach, user John is blocked from accessing the network and the VPN connection setup fails. 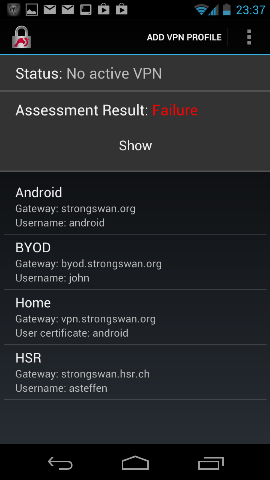 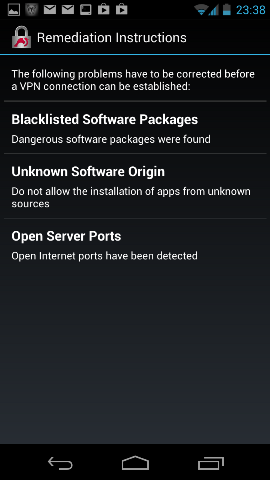 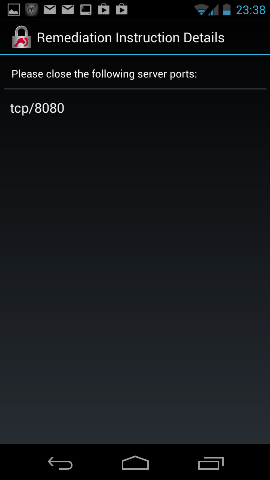