strongSwan Manager is a web application that interacts with the IKEv2 daemon charon via an XML interface running the SMP information query and control protocol.

This application is deprecated in favor of the strongMan project, which is based on Versatile IKE Control Interface (VICI). 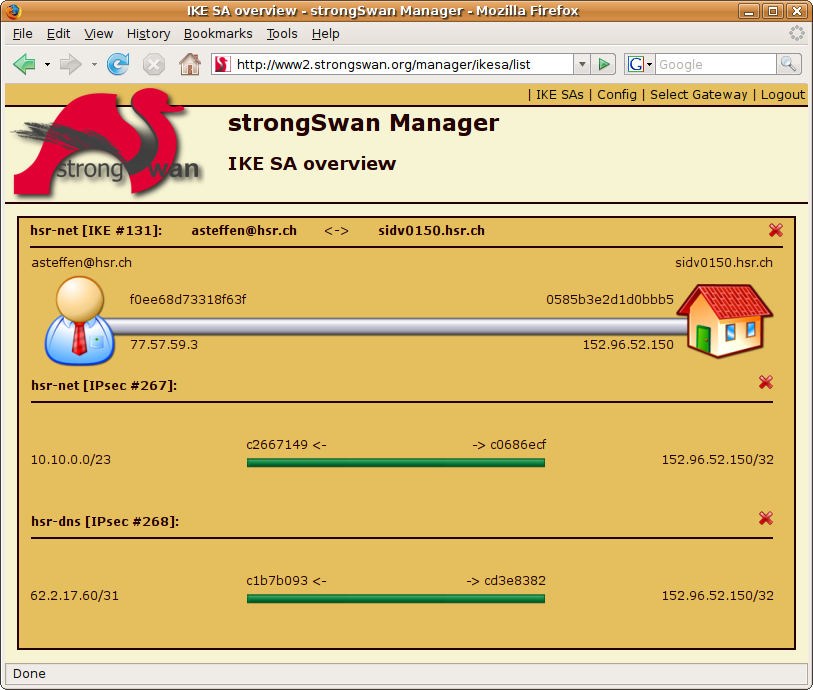